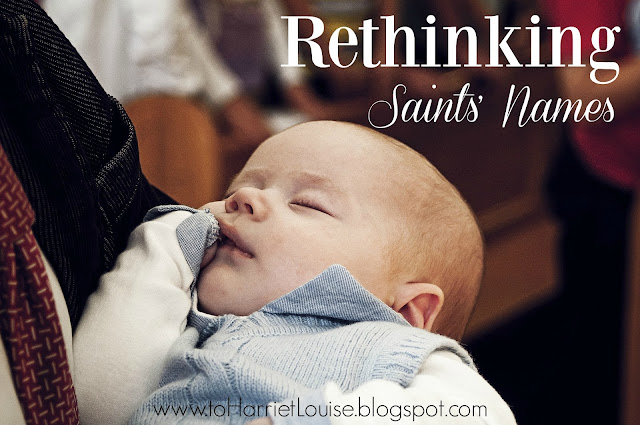 Kate over at Sancta Nomina often writes about patron saints and different ways to honor saints through baby names. Yesterday she wrote a great post about Caroline and Charlotte being potential ways to honor John Paul II (his given name was Karol) and I thought it was funny because I recently started reading Lives of the Saints. I’m not far into it at all, but just looking at the index made me stop and think. Some of the names are long and unfamiliar today, and you might need to get creative to honor them. I commented saying so, and Kate asked what some of my ideas were. I hadn’t thought about it too much (just a few names) but I thought it’d be fun to think about it some more. Yay for blogs.

Most of these are stretches, for sure. Coming up with names by scrambling letters or leaning heavily on certain sounds, etc. These aren’t actual forms of the names or anything like that – but I think if you name a kid with the intention of using a saint, that’s enough. (Funnily enough, Kate wrote about a possible connection between Theresa and Patricia, and I said I thought the names were too different to use as honor names to me. But this feels different – trying to come up with a way to honor a Saint named Porphyry doesn’t feel the same as naming a baby after your great aunt Therese. Of course, it’s different for everyone.)

Here are some ideas:

I actually think Flavian is semi-wearable today. People seem to be getting bolder with names, and Flavia wouldn’t be crazy. Flavian and Flavia would also work well as middle names. It’s not my style, though, and it reminds me of The Hunger Games (Flavius was one of the makeup team members, if I remember correctly). I think it’s really cool to name a baby after literary characters, but Flavius wasn’t my favorite and I associate the name with the Capitol. Okay now that I’ve geeked out a substantial amount…

Fiona – Fiona’s letters are almost all found in Flavian, and there are similar sounds in there.

Flora – More of a stretch than Fiona, for sure. That said, Flora adds another layer to the name. It means flower, and there are so many holy connections – Mary is often symbolized by flowers: roses, lilies, etc. With sounds lent from Flavian and meaning for Mary, Flora could be a really meaningful name with two patrons.

Vienna – The stretchiest of all Flavian stretches. Place names seem to be popular now, and the first syllable of “Vienna” sounds an awful lot like the last syllable of “Flavian,” unless I’m pronouncing it wrong (very, very possible).

Finn – I know Finn is sometimes used for girls now, but I much prefer it for boys. To me it sounds like a natural nickname for Flavian, and since a lot of people choose to forego formal names and put shortened names on birth certificates instead, I think Finn is a great way to honor St. Flavian. It’d totally work if you used a formal like Finnian or Finnegan, too.

Other ideas: Names that can be nicknamed Effie, Fifi, Alfie

Apollo – The obvious choice for parents of boys who want to honor this saint. Apollo is a hip and cool name, super wearable today, though it’s too out there for my own taste.

Polly – Another clear choice to honor Apollinaris. Also possible for another double: Molly Maris. According to this, Polly is also a form of Mary and Molly is super similar in sound, and Maris is often associated with Our Lady. Polly Maris is nice too - either way, you can honor both Saint Apollinaris and the Virgin Mary. (Also, I'm digging the "aris" found in both.)

Oliver/Olive nn Ollie – Similar to Finn for Flavian, Ollie seems like a natural nickname for Apollinaris.

Paul/Paula/Pauline have some similar sounds and so might work.

I liked this one too much, probably. It reminded me of this super fun post I wrote of non-obvious ways to name your baby after a character. In that, I found this when looking at Alfred: Derived from the Old English Ælfred, a compounding of the elements ælf (elf) and ræd (counsel).

Aelred and Alfred aren't exactly the same, of course, but they're similar, and according to Behind the Name, Aelred is a variant of ÆÐELRÆD, which, like Alfred, includes  ræd. (Again, meaning "counsel.") So that's fun (and... does this mean all of the suggestions for "Albus" in that post could work for Aelred??? :D ) So:

Alfred - A bit different, but very similar meaning, and a few letters in common.

Albert - Doesn't have quite the same meaning, but again, stretching is okay here, and a lot of the letters and sounds are shared.

Aldo - With Arlo gaining steam (I love it), Aldo might be next.

Darla - With Harvey and Alfie and Calvin being used again, it's not out of the realm of possibilities that Darla comes back, and it has a lot of the same letters as Aelred, making it a good possible honor name.

Rae - A huge stretch, but if paired with another meaningful name to make it especially clear that baby is being named for the saint? Dorothea Rae is a possibility - Dorothea means "gift of God" and paired with Rae as a short (short!) nn from Saint Aelred, that's a really holy name. Ella is similar in that it shares some sounds/letters but might need to be paired with another name to really solidify the meaning.

I haven't given too much thought to the rest, but at first glance, these are names I can see being used to honor saints with really unfamiliar names:

Romy - Romy would be my favorite way to name a girl after Saint Romuald.

Rudy - Likewise, Rudy would be my favorite way to name a boy after Saint Romuald.

Rory - To me, Rory seems like the most obvious choice (I prefer Rory for a girl, though I know it's used for boys as well).

Fiero - Though I'd never use it, I've seen this name floated around by others.

Poppy - I've heard that this name is coming back, and it seems like a sensible way to name a baby girl with Saint Porphyry in mind.

Names that can be shortened as nicknames to Pip or Rye.

Rose - Rose is made entirely of letters found in "Soter" and so I think, combined with intention to name a baby after the saint, works as an honor name.

Otis - Many of the same letters, plus similar sound. Since Soter was a Pope, maybe combining Otis with Peter would add extra clarity to the significance of the name. Otis Peter/Peter Otis.

Names that can be shortened to Ret.

Of course, there's Ethel. But other names that might work if Ethel isn't your style:

Esmeralda - It's got similar sounds, a lot of letters in common, and it looks very similar.

Adele/Edele/Edel - All letters found in the original name. (If I was naming a girl after Saint Etheldreda I'd likely go with Adele.)

Della - I've come to really like the name Della. I found it when my friend was expecting and wanted a name that was rare, but wouldn't be completely unfamiliar. With all the Ellas and Stellas, Della is familiar but not heard often. It's got similar look and feel and letters as Etheldreda. Also, "del/l" means "the," "of," or "of the" in a few languages, which lends itself to a lot of great possibilities. But dell also means valley, which seems like a possible way to honor Mary and Jesus, especially if paired with other specific names. (I've heard of "lily of the valley" as a symbol of Mary, as a symbol of Jesus, and as a symbol of the coming of spring, symbolizing the coming of Jesus.) Della paired with a Christ-name, Mary/Marie/Maria/Maris, Rose, or a Lily-name (that'd be hard though) would be loaded with a ton of significance. Della Maria would be my favorite, but there's also Della Rose, Della Cristina, or, if you don't mind the repeating sounds, Della Liliana. (Or any other combo you might think of.) Della has potential to honor Saint Etheldreda, Mary, and Jesus all at once.

I think another great way to really make it clear that a baby is being named for a saint is to pair it with meaningful middles - names that mean "gift" or "gift of God" or "like God" or even "happy," since happiness stems from God. Gabriel means "God is my strength." So something like Alfred Gabriel (for Saint Aelred) or Abigail Fiona (for Saint Flavian, and Abigail means "my father is joyful) would honor the saint clearly - I mean, the saints do point us to God.

That's all I've got (for now ;). If you know more about names and languages (and root words and meanings and all that) I imagine there are even more possibilities to honor these saints. Such fun. 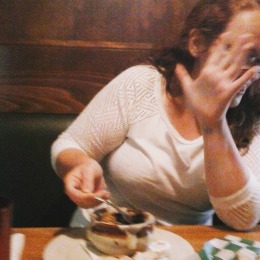 I'm Charlotte. I like to think I talk a lot about life, books, politics, and personal growth, but if I'm being honest this blog mostly functions as a Harry Potter propaganda machine. Grab a cup of coffee and join me. 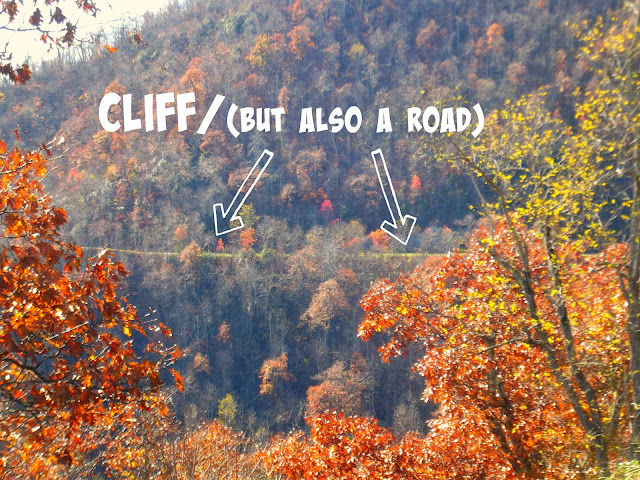